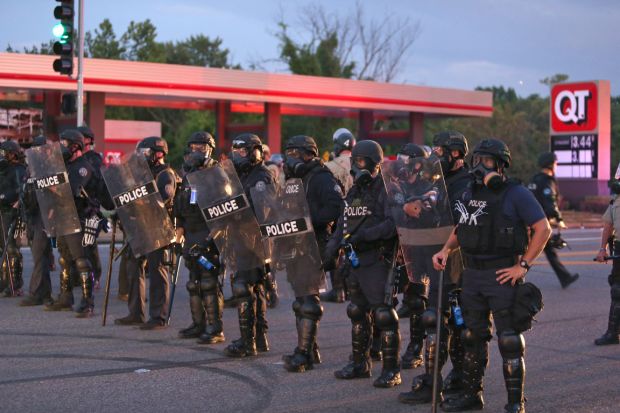 Journalism can be both good and bad. On the good side, you have journalists and news stations who cover important and relevant topics such as heroic acts by everyday people or serious issues such as medical alerts when something arises. Then, you have bad journalism, and that is when you have journalists and news casters that skew a situation in a seriously negative way without having all of the facts and details. That is bad journalism and shame on them for allowing it to happen.

I’m sure many of you are aware of what has been happening in Ferguson, Mo, and the onslaught of rioting and black on white hate crimes that have been taking places there. This is because journalists have shown a negative light on the situation and brought race into it when that was not the case at all. Yes a teenager tragically lost his life and it’s ok to empathize with that, but before saying he was executed, please make sure you look at the facts of the story. The news has been pretty harsh on the officer involved and that hasn’t been fair to him because he hasn’t had an opportunity to explain himself for fear of being killed based on the hate mail and death threats he’s received. In fact, he has been pushed into hiding and essentially becoming a hermit because he can’t go outside for fear of someone taking his life.

This wasn’t a white on black hate crime. It was a kid who assaulted an officer, and ran away after committing a felony. Assaulting a police officer is a felony crime that is punishable by jail time, and in addition the officer had a broken eye socket because of the incident. Did the officer know about the robbery that Michael Brown was involved in? Who knows but I’m sure that he heard it over the police scanners and as secondary to the original request of them not walking in the street, he approached them and they realized at that moment they were in trouble. There is no reason to assault an officer unless you have clearly done something wrong. If you do then you should expect the consequences, and in this case it was Mr. Browns life.

Of course Jesse Jackson and Al Sharpton won’t wait for the details and the investigation to conclude because they’re another reason why racism exists in this country still. They aren’t activists for black rights. They are activists for racism because the only time they show up is when someone stirs up racism in an incident. They don’t speak about the hundreds of black on black shootings in Chicago or other cities with large urban black populations. The only time they choose to come out of the woodwork is when they can accuse a white person of a hate crime that didn’t happen. They did it in the Trayvon Martin situation and they have done it again here in the Michael Brown incident.

Until all of the news and so called activists start to let go of racism as an issue, it will never die in America, and that is a sad thing.